A journal about exploring the world.(pc-PC)
Sweden 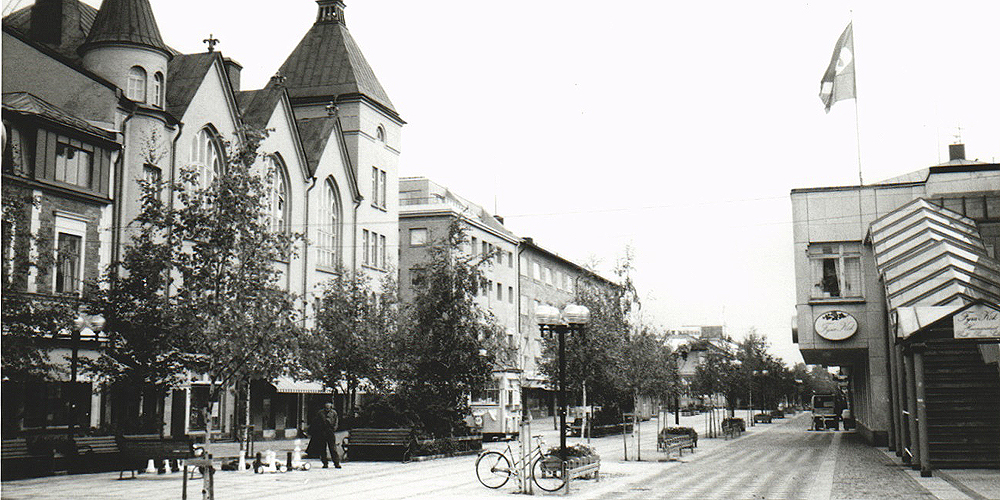 [1988/01] The Kingdom of Sweden is a monarchy located on the Scandinavian peninsula and the capital is Stockholm. Two thirds of the country is covered in forests and 80% of Sweden is in the Subarctice zone, making it very cold. Sharing a similar viking image with Norway, Sweden also shares the Nobel Prize. Most of it is carried out in Sweden on December 10, with the exception of the Peace Price which is carried out in Oslo, Norway.
<<< Copenhagen

▼Scenery from my window.
Countless of lakes and ponds are scattered all over the plains, it feels like I'm traveling through a frozen wetland. 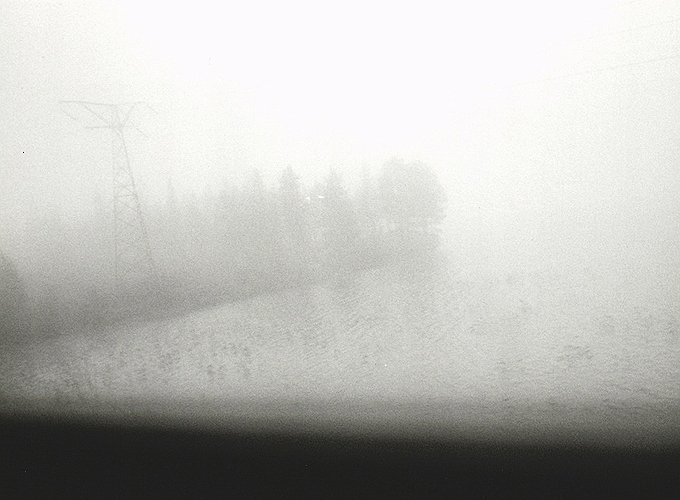 Compartment type trains are very common in Italy and other parts of southern Europe, and they looked quite worn down. But going up north the trains felt much more fresh and clean. Especially the trains on Sweden's national railways (SJ).

The scenery outside the window was followed by white world of forests covered in snow. Compared to the south, the passangers here were just as calm as the scenery.

Well, it got a little bit boring after a while, so I started walking around the train. 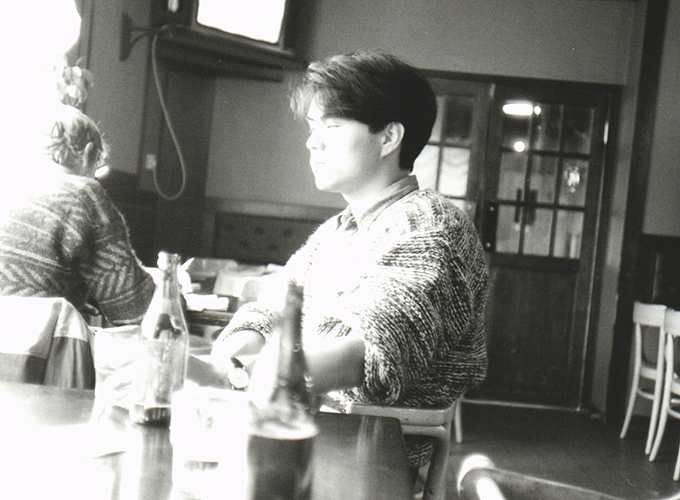 I met a Japanese college student who came here via the Trans-Siberian Railway.

At first glance I thought "must be Japanese". The person was silently focusing on reading a book. I wanted to ask about the Trans-Siberian trip but it was difficult to get any answers.

Well, I also met a guy from Italy who had camped at Barents Sea and was on his way up to the Arctic Circle. Compared to the Japanese, this guy didn't care about the surrounding and talked quite loudly.

At first I thought the guy was just talking nonsense, but after a while most of what he said started to make sense, even the Barents Sea.

Taking a break in the north
In Sweden, as well as in Norway, I often got off the train for a couple of minutes and walked aimlessly around the area.

The only problem was, I had no idea where I were. I couldn't read any of the signs, and even if someone told me the name of the place, it was quite difficult to remember.

Anyway, I didn't wander off that far since missing the train wouldn't be a good idea. 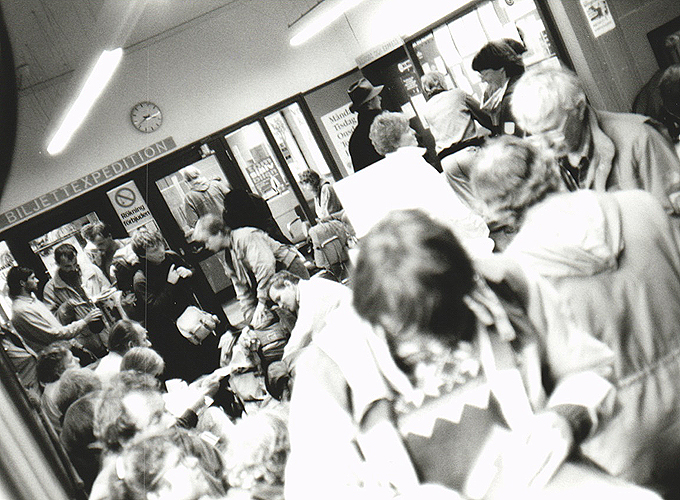 ▲Since it was cold outside and the station was small, it got packed immediately. 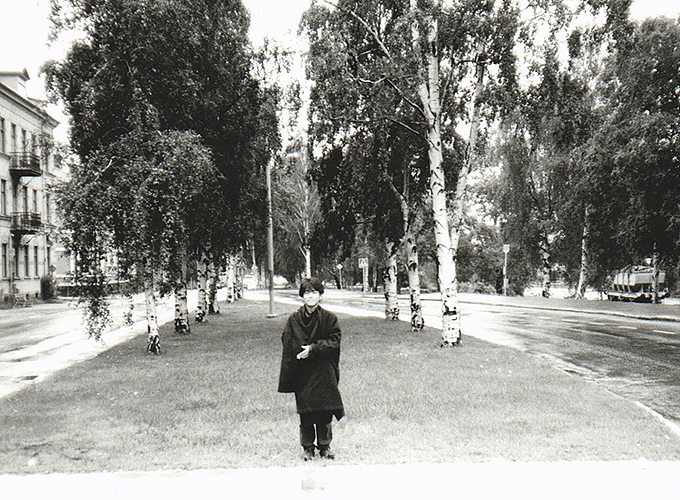 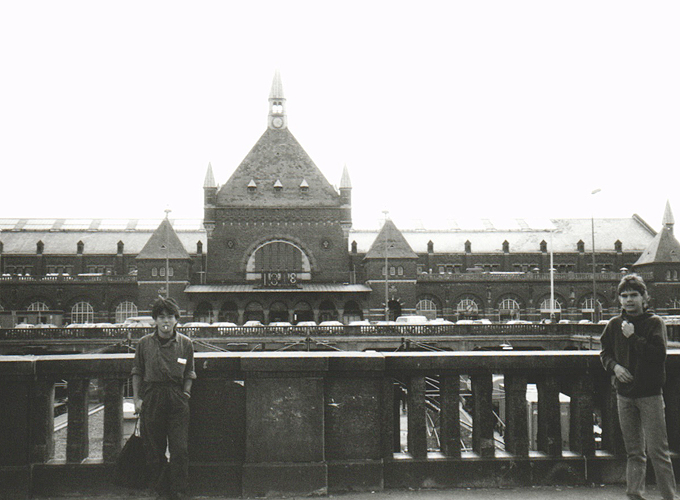 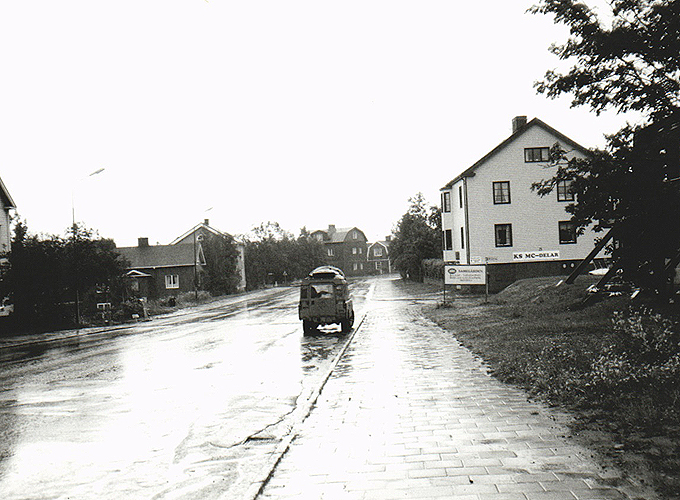 Homless in the snow
…What a failure…

I got off the train in the evening and started walking around town. It felt like I was walking in wonderland. No lights from cars, no people walking around, only me.

The houses looked like the candy house from Hansel and Gretel, I also saw a little girl on a swing in one of the gardens.

The girl was really beautiful, and we were standing there looking at each other for a short while.

I continued on but it seemed like the road was soon about to end so I turned back.

I got back to the house with the girl and someone who could be her mother came to me and started talking.

I didn't understand a single word of what she said so I tried to communicate in English, but without any luck...

When I was working at the creperie in the UK I got the impression that Swedes spoke very good English, but that wasn't the case here...

Well, if you think about it, I wore a black coat and black boots, being a long haired asian, walking around in a residential area. I guess I looked quite suspicious.
I decided to leave the area to not upset anymore people.

I returned to the station but it was closed...

Since it was a small town, there were no shops or restaurants around the station.
And I couldn't find anywhere to stay for the night.

I sat down in front of the locked door at the station to think. Not a single person in sight, not a single car, noone to ask for directions.

The only things I had on me were one coat, two T-shirts, one pair of underwear and one pair of trousers.

I didn't know if I was in Sweden or Norway. It was freezing cold, that I knew. I'm going to die, that's for sure!

I continued to walk around the empty streets, just to keep myself warm and I found a parking lot next to an appartment building. I put on all the clothes that I had and curled up next to the stairs. While fighting the cold I tried to get some sleep, but it was just too cold.

The next morning, I have never been so grateful to see the sun!

From Amsterdam via Alaska, then back to Japan
After wandering around aimlessly in Sweden and Norway, I returned to Amsterdam.

At this point I had a few choises on where to go next. I could go back to London and work at the creperie again, after saving some money I could get back on the road again, but the winter in northern Europe got to me so I was unsure if that would be a good idea.

I had a 1 year open airplane ticket so I still had time.

I still hadn't been to the Middle East or Africa...

Because of the dark and cold Europe I got a little bit pessimistic and decided to leave Europe for a while. So I started walking to the airport. 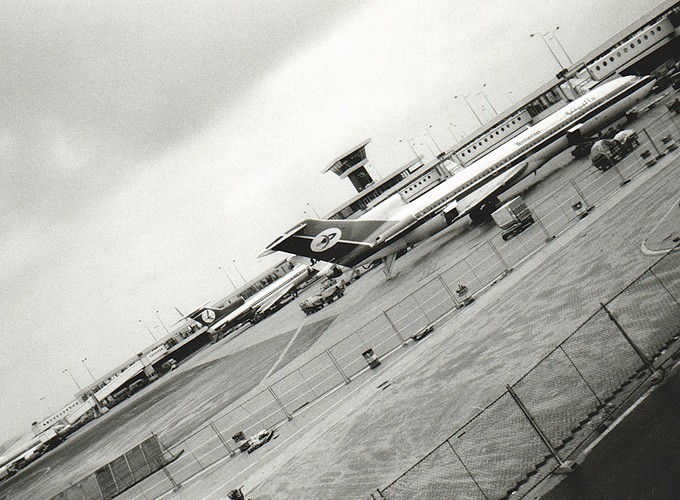 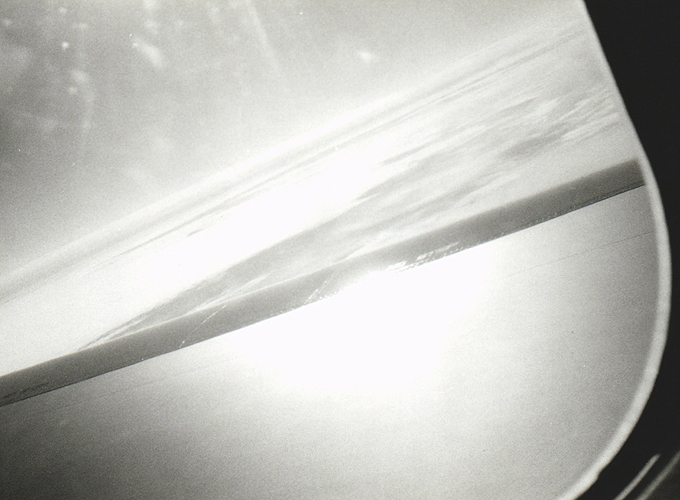 I arrived in Alaska and took a flight back to Japan