A journal about exploring the world.(pc-PC)
To Lyon from Dubai on the Emirates. 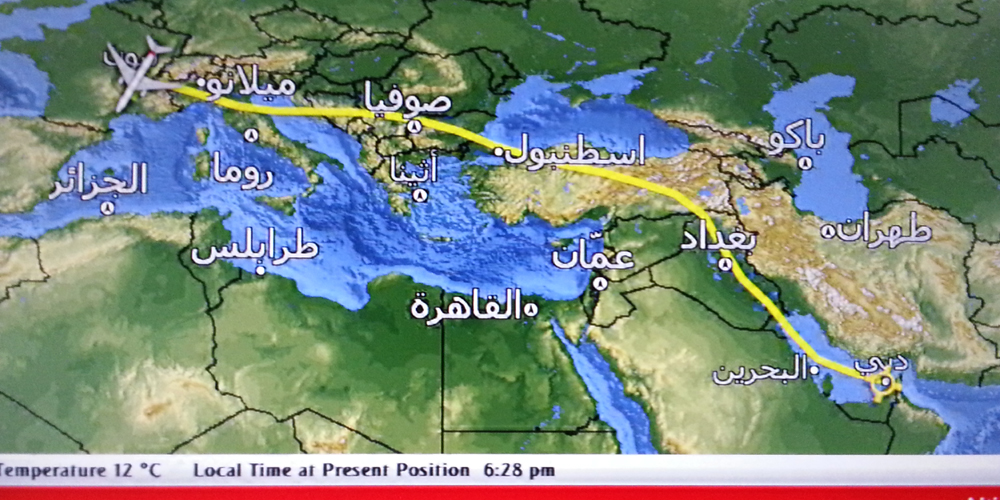 Using the screen, we could find out the current location of the plane, as well as flight speed and altitude, outside temperature, and estimated arrival time and and other interesting data.

It is really interesting to watch the state of the airplane and I found myself checking the monitor quite a lot.

To Lyon from Dubai on the Emirates. 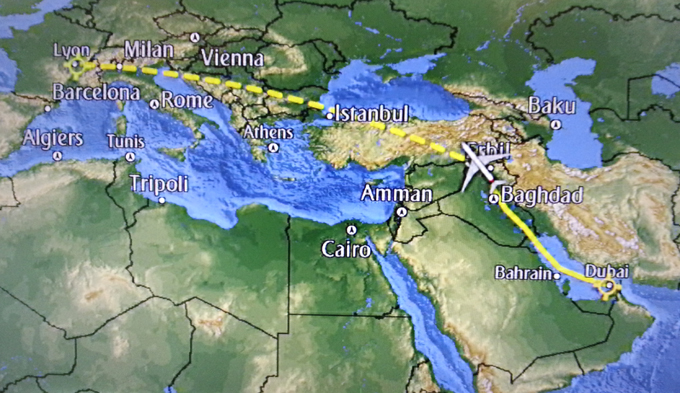 The words in the title photo are in Arabic, which is completely different from any languages that I know. Of course I had no idea what it ment. If you rewind the time a little, it changes like this photo. Im glad I could understand English 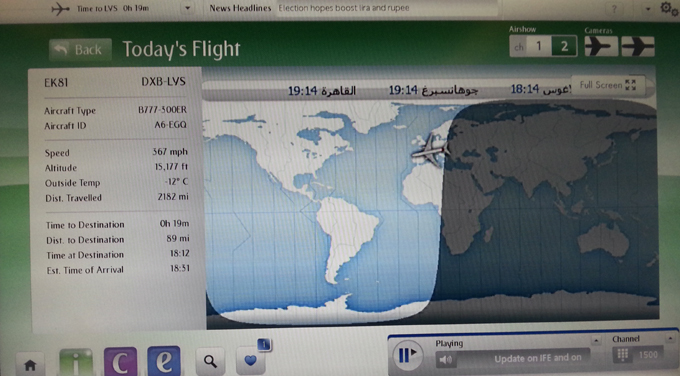 The sun normally come up in the east and goes down in the west.
Since this plane is flying toward the west, the state between the airplane and the sun makes it look like the airplane is running away from the sun.
It was interesting even though the brain panicked a little.

If you check the monitor, it looks like the plane is trying to escape from the sun. 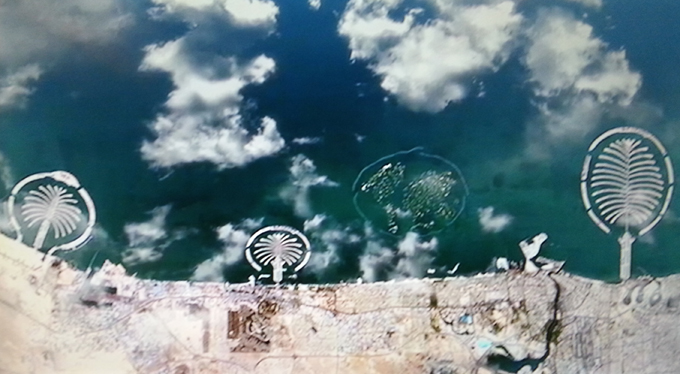 If you look at Dubai from the sky it looks like this. Palm Jeberi Ali, Palm Jumeirah and The World Islands can be seen clearly. By just a glimse you can immediately see that this is Dubai!

Just a thought, how is it possible to construct all those huge skyscrapers in the middle of the desert?

I thought building something that tall on sand would be impossible and that the building would just fall over. I imagined it to be like building a sand castle on the beach or on the school yard and just a small gust or a little bit of rain would completely ruin the construction. So, in reality there is no point in building it on sand.

But, how do they actually do it? They drill really long poles into the ground as a foundation and then build the skyskraper on top of that... 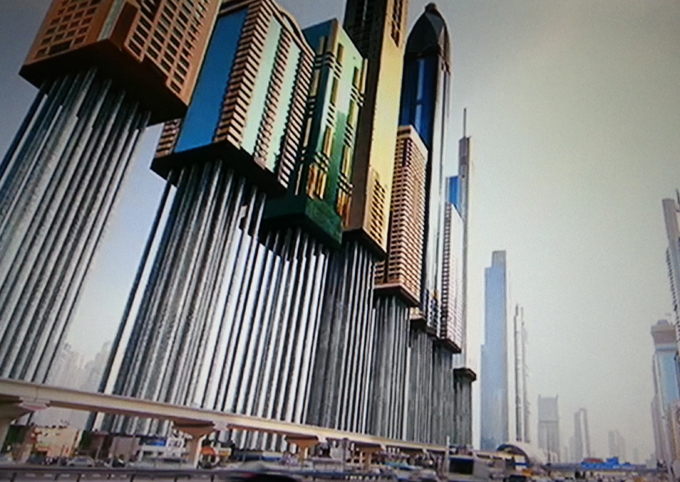 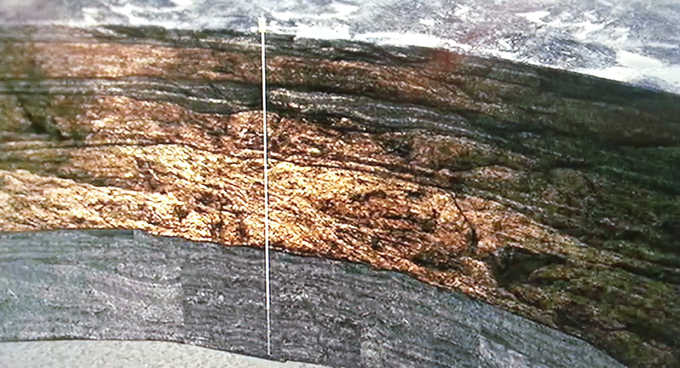 Next, the illuminated streets of Dubai. Wait! Did you know this could happen? 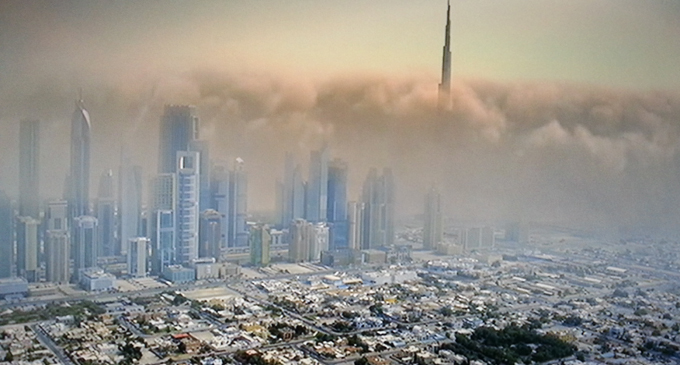 Have you seen the Tom Cruise movie "Mission Impossible: Ghost Protocol" ? Then you might remember there is a scene with a sandstorm and the place is... Dubai!

There is a scene where Tom Cruise is climbing on the outside of the building. That is Burj Khalifa, the tall thing in the background in the picture above. Hollywood chose Dubai as the filming location so Dubai can really be considered an international hot spot!

So, the Emirates ice system has, movies, tv shows, music and other kinds of entertainment, but it also had documentaries, one of which taught me all this.
I got addicted immediately... [Page Top]
[Page Top]
To Lyon from Dubai on the Emirates. - A journal about exploring the world.
Link free
Introduction of Remar Pro. International providing services.
﻿About Us
World clock
Is it Friday Today?
Translation Service.
A Journal About Exploring the World.
Remar Pro in Japanese.
Powered by RemarPro