A journal about exploring the world.(pc-PC)
At Naha Airport 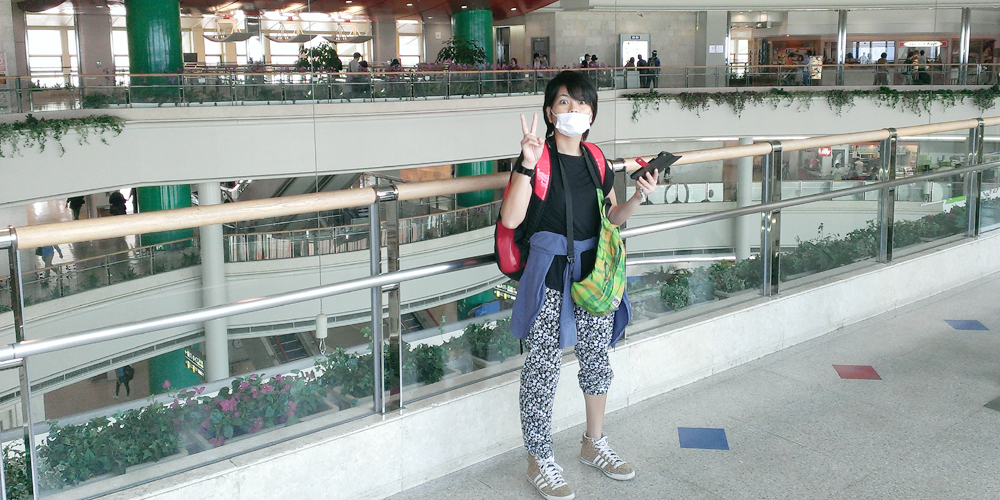 [2015/03/18] At Naha Airport。 After my daughter graduates from primary school I don't think we would be able to go on vacation with the entire family, so in March I gathered my family and went to Hong Kong. I have to say, 5 people traveling together isn't always easy. Two of my children didn't have a passport and my wife's passport had expired...
<<< 2014/08 Osaka→Okinawa 2
Naha International Airport >>> 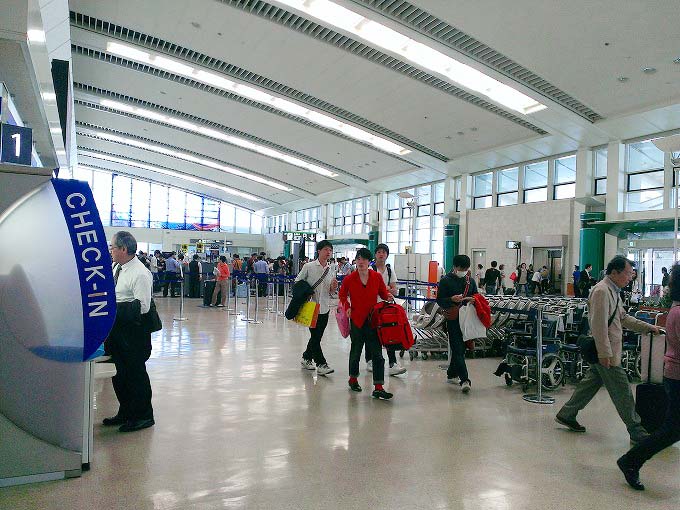 Getting a passport was a lot more expensive than I though...

even for primary school students...

Having to get the right application forms, then spending quite a lot of time filling them out, picking up my children at school to go to the immigration office... Well, there is so much to do. As well as getting airplane tickets and booking hotel rooms, it's quite difficult to get a room for five people, haha. There where only three hotels in on Hong Kong island and in Kowloon area that could give us a room for five. It might have been a better idea to get two rooms instead... But most things in Hong Kong are expensive, so we went with it.

・If you get away from the central area it get much cheaper.
・Even though it's expensive, it's still convenient.
・It is also a pretty rare opportunity.

They're children and it's their first time abroad, so there were a lot of "don't like this" and "that is not good". Which means we ended up staying at a quite expensive hotel.

I guess, that's the way you'll have to handle the situation...

From this point I just stopped thinking ahead. Let's just enjoy the moment!

Wait a second... Is influenza spreading at their school?
Even if they get influenza, we're going!! 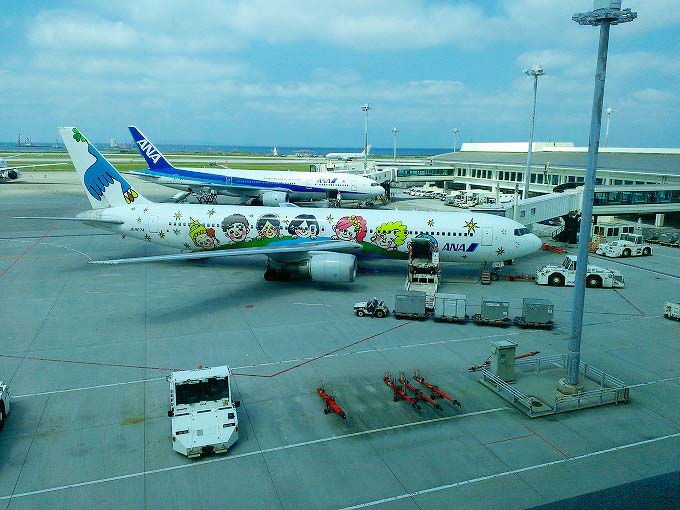 It was a sunny day. We got up early in the morning and no signs of the flu!

We still had some time to the flight but we cleaned up and left the house early. Everyone would just sit and play games anyway.

I sometimes go to the domestic terminal, but since they reconstructed the international terminal I was a little bit lost... and I had to guide four people through the airport. 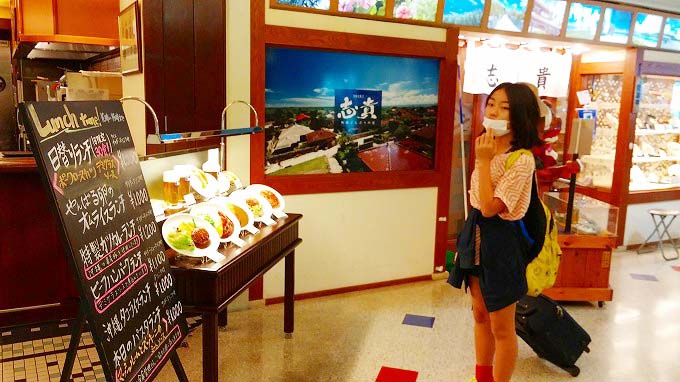 I'm going to try to pass through one of the corridors in the back. 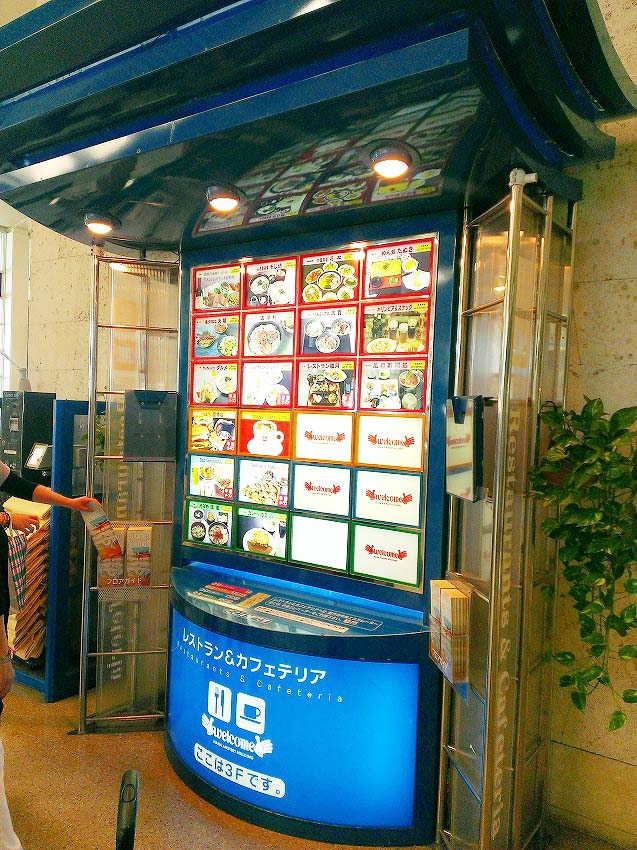 I wonder what kind of stores they have.

I scanned the area with my oldest daughter to see if we could find anything interesting. 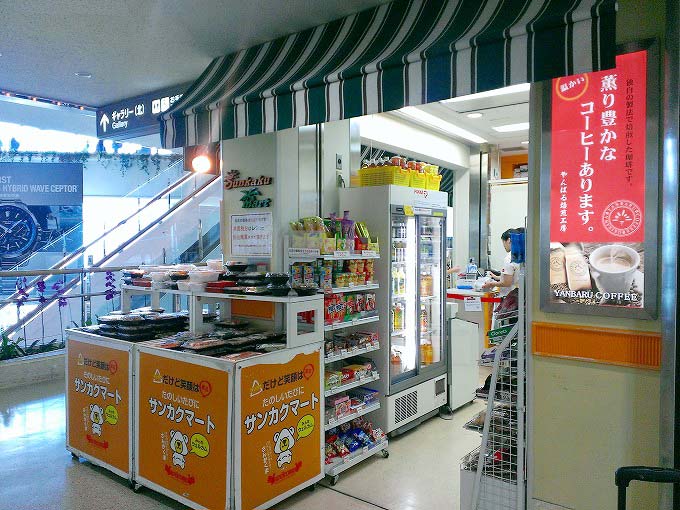 350 yen for a lunch box (bento). That's cheap, especially since it's an airport! 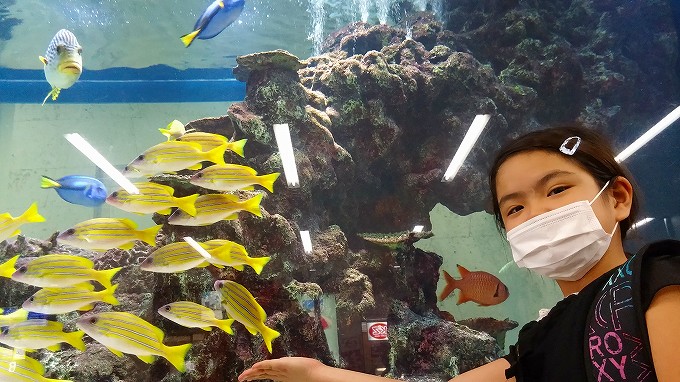 I met up with my other daughter, she'd been standing at the aquarium all along. 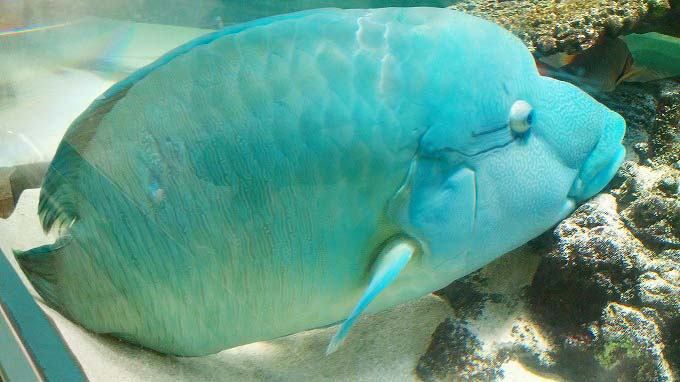 I'm going to give you a tour of the new international terminal! [Page Top]
[Page Top]
At Naha Airport - A journal about exploring the world.
Link free
Introduction of Remar Pro. International providing services.
﻿About Us
World clock
Is it Friday Today?
Translation Service.
A Journal About Exploring the World.
Remar Pro in Japanese.
Powered by RemarPro