A journal about exploring the world.(pc-PC)
Tumon, Guam [1994] Tumon, Guam.
Popular among Japanese people, Guam has quite a few enormous resort hotels. The hotels provide with a lot of services and you can have a great vacation even without leaving the hotel area.
Driving in Guam >>> 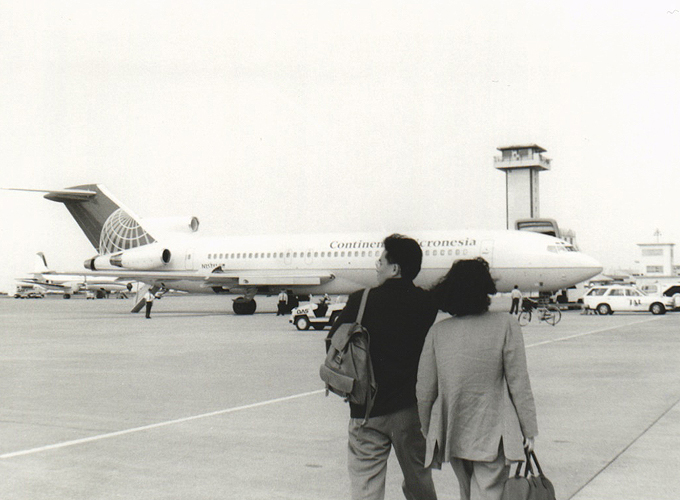 1994, Summer. I read about Guam in a local Okinawan magazine, "Tabijin". It was a cloudy day, I got on a Continental Airlines flight at Naha airport and flew to Guam.

There were some local airline companies going to Guam, but their flights were unreliable and were often canceled. Since the U.S. military were both in Okinawa and Guan, Continental Airlines felt like the safest choice.

There were a lot of military personel on the same flight as me. ▲1994 southern Okinawa, around Itoman, taken from the airplane. ▲1994, Guam, taken from the airplane.
Even from this far away the two places look totally different.

Guam International Airport was only 2 km away from Tumon, almost next doors.

So I took a taxi to the hotel, haha. Pale San Vitores Rd.
Hyatt Regency Hotel Guam was the first resort hotel in the area. Just around the corner was one of the world's first duty free store, DFS Galleria Guam. 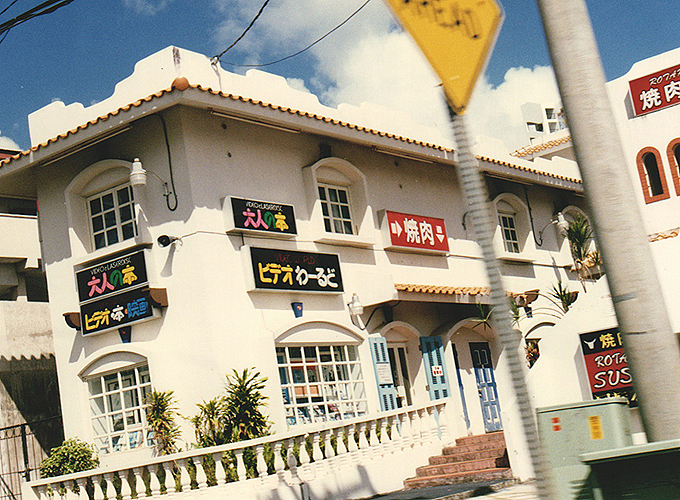 I walked around Tumon until the evening feeling a little bit embarassed, then I headed back to the "Japanese Street". I saw a sign that said "Fisan Vietnamese" and thought, "this has to be a bar". 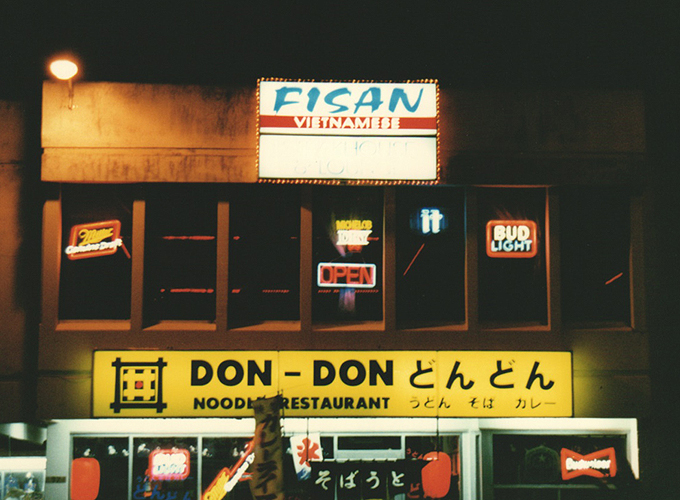 I felt like having a drink, and I was able to get a drink there, even though it was a little bit suspicious.
Anyway, I got my drink...